Design and the Moving Image 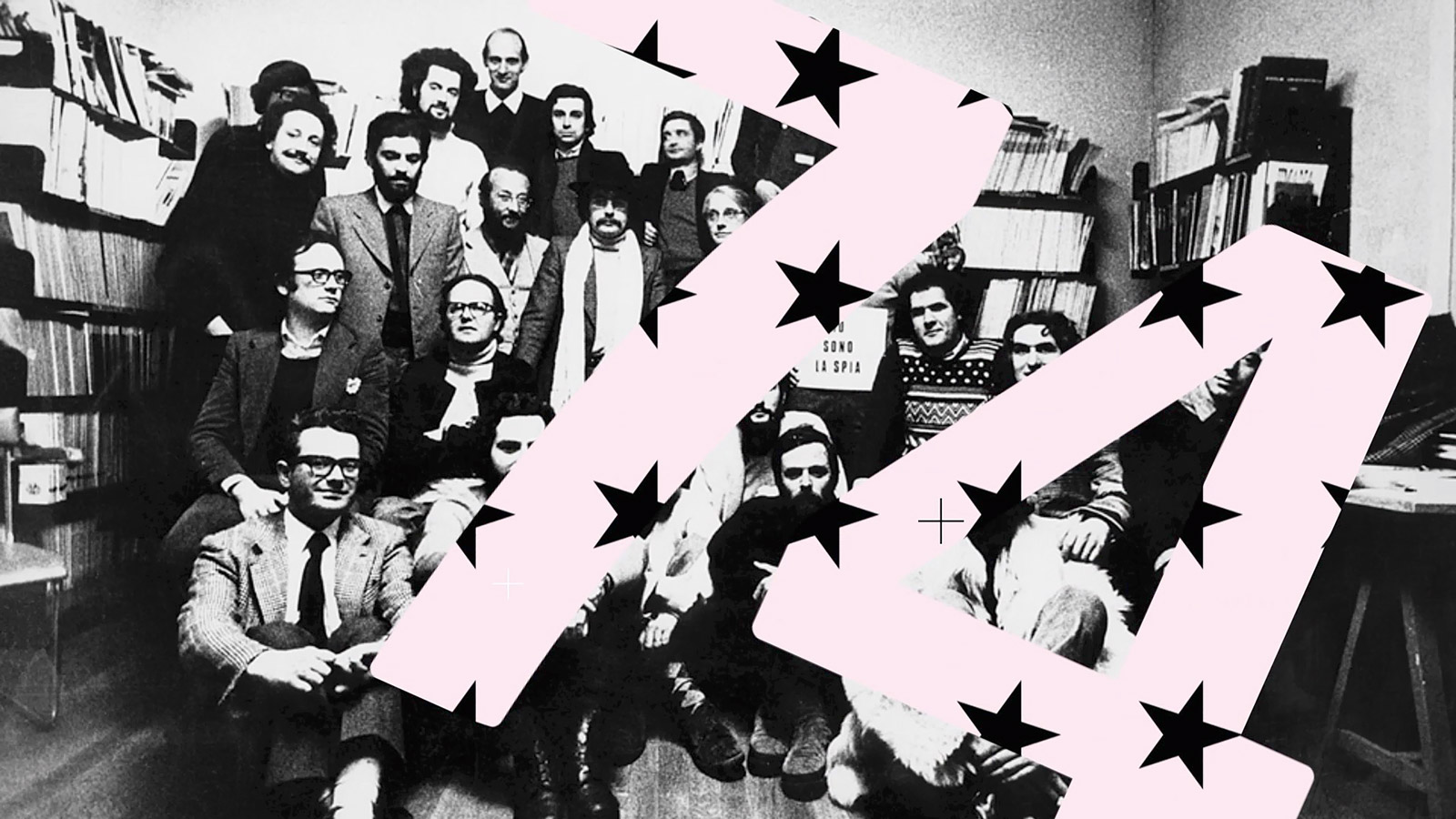 As film becomes a central element of many brands’ communications strategies, we take a look at the history of the moving image in telling stories of design

Values of Design, the inaugural exhibition at China’s Design Society, Shekou, presents 250 artefacts from 31 different countries, and collectively narrates more than 1,000 years of design history. The eclectic exhibit, curated by and based on the collection of the Victoria & Albert Museum in London, includes the 1948 Olympic torch, a set of Japanese netsuke, a Stella McCartney jumpsuit and Mon-Mon, a soft toy used to send and receive messages on the WeChat platform. Yet as an introduction to the exhibition, visitors are greeted not by objects but a film: a four-screen installation produced by Czech filmmaker Alice Masters and commissioned to place design firmly within the context of contemporary Chinese society.

The multi-screen format of the film installation was inspired by the immersive productions of Charles and Ray Eames in the 1960s, allowing multiple curatorial narratives to be told at the same time. These include an introduction to the V&A itself, showing the work of the museum’s restorers, alongside scenes from a Finnish furniture factory, shipping containers being unloaded and diners eating at side-street restaurants in the immediate vicinity of Design Society, which is located in the coastal city of Shenzhen.

“The idea of splitting up the frame to draw connections between different scenarios and actions is something particularly suitable for a design exhibition, to show the invisible connections between resources, production and use,” says curator Brendan Cormier.

"The film looks at various different spaces in the life of an object, but also brings the various spaces of the V&A into the gallery in Shekou, to have a visual anchor of what our museum was, and is, about.”


Values of Design continues a long tradition of museums and institutions communicating design history and processes to audiences using the moving image.

The Museum of Modern Art in New York pioneered the use of film within displays of architecture and design, using 16mm projectors in its galleries as early as 1937 and becoming the first to use TV monitors in late 1960s. The museum also innovated stylistically, broadening the scope of what a “design film” could or should be, an experimental approach seen most readily in the seminal 1972 exhibition Italy: The New Domestic Landscape.

Curator Emilio Ambasz programmed a series of short film productions to help translate the meaning of the 11 specially commissioned 1:1 installations, including works by Ettore Sottsass, Superstudio, Gae Aulenti and Gaetano Pesce, for the American public. Produced in Italy by emerging Italian directors such as Giacomo Battiato, the films presented images of the installations in use, intercut with abstract fictional scenes of domestic dystopia and footage of striking workers on the streets of Milan, indicative of the complexity of Italian society at the time.

With soundtracks provided by Pink Floyd and the African-American opera singer Margaret Tynes, among others, the films offered a bold reinterpretation of popular film and television culture, using the aesthetics of advertising to narrate a problematic near-future The 1973 XV Triennale in Milan also adopted an audio-visual curatorial position, with equally polemical intentions, installing banks of TVs programmed to play documentaries on anthropology, nature and economics, which were presented in place of actual designs. Elsewhere, Aldo Rossi’s mournful film Ornament and Crime narrated excerpts from Walter Benjamin over scenes from the Milanese periphery.

Many of the protagonists from the era are the subject of a new documentary, SuperDesign, directed by Francesca Molteni in collaboration with curator Maria Cristina Didero. Produced as an equal counterpoint to the book and exhibition of the same name – the latter held at New York gallery R & Company in November 2017 – the film features interviews with 19 players in the Italian radical design movement of the 60s and 70s and premiered at New York’s Architecture & Design Film Festival a few days before the exhibition opened. Now in its eighth year, the festival is one of a growing number in the field, with dedicated programmes taking place in several other cities including Los Angeles, Singapore and Milan.

The rising popularity of such events has presented more opportunities for filmmakers to broaden the scope of their productions and, in turn, bring new audiences to design and design history. As Molteni explains: “You can tell a better story with a longer narrative – it’s not just about the visual look of the film. Also, it creates a completely different viewing experience – you share the emotions of the film and you can discuss it afterwards. It makes a kind of community in the cinema, watching as a group rather than online.” Since its founding in 2015, the Milan Design Film Festival has, perhaps unsurprisingly, been embraced with enthusiasm by the local design community, offering brands a new angle with which to communicate both their history and philosophy.

The 2017 event featured cinematic portraits of Gio Ponti, Konstantin Grcic and Lasvit founder Leon Jakimic˘, alongside Gianluca Vassallo’s Fare Luce, an esoteric study of our relationship with light in all its forms and circumstances, produced by lighting company Foscarini. Vassallo’s film supersedes commercial aims to explore the emotional qualities that inspire both the design process and our engagement with the resulting products.

But as Molteni recalls, brands have not always been so intuitive

“When I first started making films about design in 2003, the companies were not prepared. They said, ‘do you think it’s really interesting? It’s a sofa, what kind of story can there be about a sofa?’ Now it is almost the opposite, I have had arguments with companies that they don’t need to make the collections so obvious in the films, because this misses the point. If your audience thinks that you want to sell a product, they will turn away. You need to make people curious, not force them to see things.”

With film now a standard element of many companies’ communications strategies, such comments highlight the challenge in balancing the commercial needs of the client with the creation of an engaging narrative. In striving for a visual aesthetic that can be understood without the need for dialogue, a consideration that is particularly relevant for overseas markets, some films have focused on the people, skills and materials involved in manufacturing.
By documenting scenes in the workshop, films such as Dutch filmmaker Juriaan Booij’s 2014 portrait of the De La Espada factory in northern Portugal have helped to create a contemporary aestheticisation of craftsmanship and the art of making, bringing a new awareness of the production values inherent in each company’s brand philosophy.

From a marketing perspective, craftsmanship can indicate both quality and heritage, highlighting the processes and techniques that have been repeated for many years. Designers too have embraced the aesthetic value of making. London based Studio Swine has used film since its founders’ days as students at the Royal College of Art, working with the medium as an integral outcome from the beginning of each project. This philosophy considers “exhibiting” online to be of equal importance to having a physical presence at design festivals and exhibitions, and it is often more cost effective. While earlier films focused on process and materials, the duo’s more recent cinematic productions, also directed by Booij, offer a highly stylised aesthetic, more akin to advertising than documentary films. Both approaches enjoyed critical and popular success, crossing over into mainstream cultural channels. Sea Chair, a plastics recycling scenario set on-board a fishing trawler, was awarded a prize at the Cannes Film Festival and was picked up for further distribution by National Geographic, while Hair Highway, a re-imagining of human hair as a luxury product material in China, has enjoyed nearly half a million views on Vimeo. Their most ambition work, Terraforming, produced as a collaboration with Swarovski, is set on a fictional planet made entirely of crystal, referencing the anthropological themes of Stanley Kubrick’s 2001: A Space Odyssey.

Yet despite the online popularity of such films, there remains a technological paradox in the way we consume the content, as Cormier notes:

“There has never been so much video production, yet at the same time, the devices we predominantly watch video on are limiting – tiny handheld screens. We’re shooting in higher and higher resolution, but we’re most likely going to encounter those videos on small social media feeds.”


Molteni agrees, arguing for more opportunities for people to experience film on a larger scale via installations or cinema screenings. “For me a film is watched with your entire body, not just your eyes. Being fully immersed into a space with your physical sensations – that’s the best thing my work can do.” The recent rise in physical outlets for design film, particularly through dedicated festivals, demonstrates the growing appeal of such experiences. In many ways, the medium has followed the path of fashion film, which migrated from online to similar festivals, exhibitions and events, repositioning some of the drama and theatre of the runway show in a more permanent form of image-making

Yet it remains unclear whether the transformative effect that film has had on fashion will be repeated as fundamentally in design, an industry that has no such catwalk moment, Salone del Mobile notwithstanding. Cinematography has fetishised efficiency and precision, editing wastage or error from the carefully scripted narrative, and mimicking mainstream cinema to build tension and anticipation before a final reveal. But it is the productions of designers such as Studio Swine, still operating in a minority, that perhaps best acknowledge a changing perception of what contemporary design is or means, documenting not just the physical outcomes of their practice but offering an attitude or sensibility towards the objects and materials with which we live.

But what will be the result if we migrate even further towards being viewers and not users of design?

The M Magazine explores Carlo Stanga’s sources of inspiration and works to create the 2022 magazine’s cover.