To re-make or not to re-make, that is the question 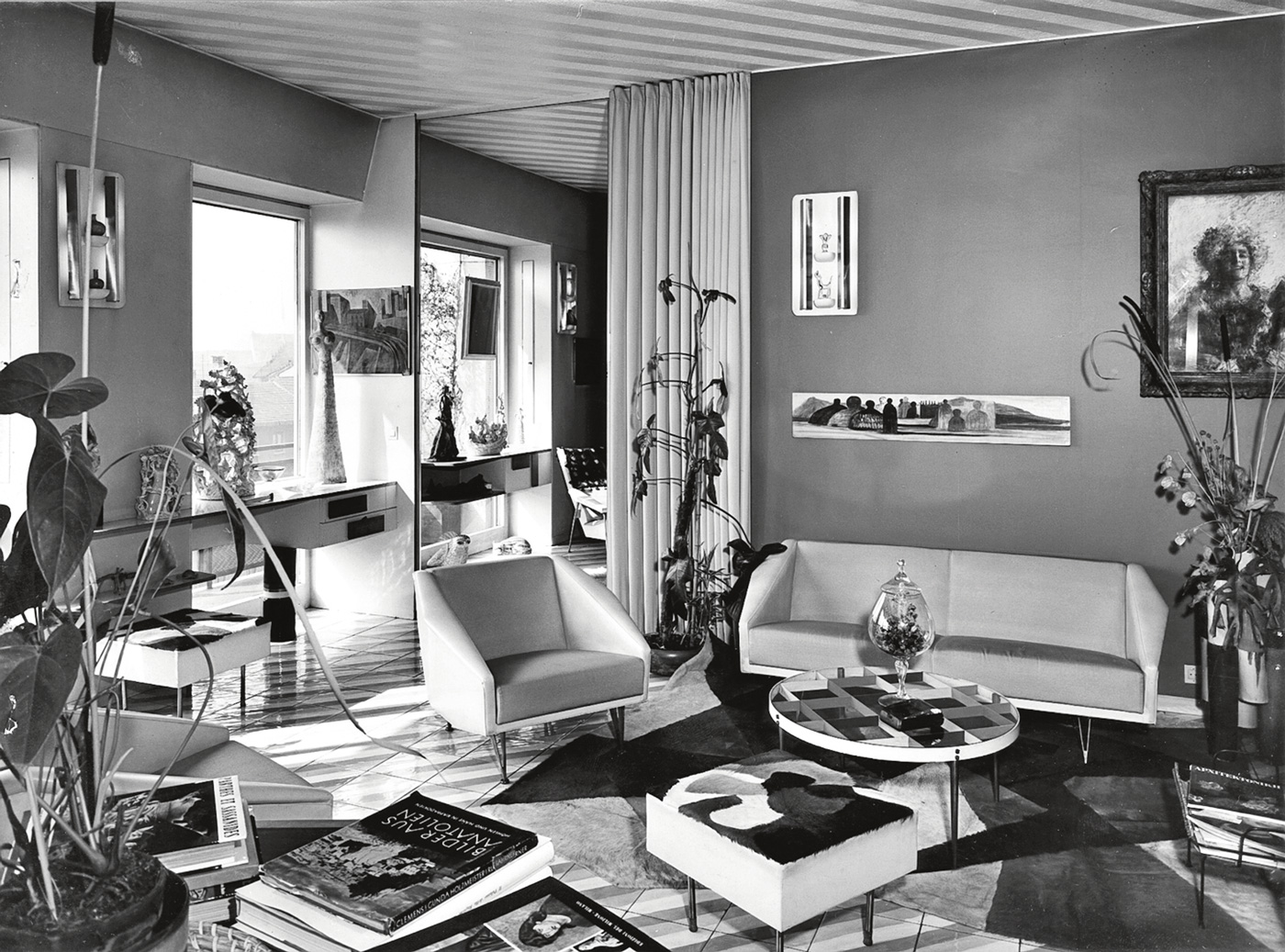 The project focuses on a collection of furnishings and pieces designed exclusively for private homes or for limited series, presented on the occasion of the 2012 Salone del Mobile. It is the result of in-depth research, selection and an analysis of prototypes, made possible thanks to cooperation and an exclusive agreement signed with Ponti’s heirs. The collection, put together under the artistic direction of Studio Cerri&Associati, includes furnishings that Gio Ponti designed between 1935 (a chair for the first Palazzo Montecatini) and the 1950s (bookcase, chest of drawers, small table, frames and rug for Casa Ponti in via Dezza a Milano, 1956-57). During this 2-year research project, it was decided to bring the delicate and complex subject of re-makes to the attention of the scientific and professional community with an open debate at the Ordine degli Architetti in Milan.

The meeting that took place on 20 October 2011, was entitled “Rifare come, rifare perché, rifare si può. La questione culturale e tecnica delle riedizioni. Dal progetto del pezzo unico al prodotto in serie” [How, why and whether famous works should be re-made. The cultural and technical issue of re-makes. From collector’s items to mass produced products]. There have always been re-makes. Furniture has always had a sort of compulsion to reproduce itself, or, in other words manufacturers have always tried to make a piece of furniture “after the fashion of…”. This is especially true of works that have their own intrinsically innovative features in terms of shape, technique or the historical moment in which in which they were designed and which determined a break with conventional taste and language, works that become historical archetypes and trail blazers

According to the architect Franco Raggi, Deputy Chairman of Milan’s Ordine degli Architetti, in the industrial design and furniture design sectors there are two opposing attitudes to the subject of re-makes: one refuses to define as ‘works of art’ those works originally made to be mass produced (even in limited series), thereby legitimizing re-makes as long as there is a plan to reproduce them and as long as the taste justifies such reproduction; the other turns the original works into fetishes, assigning them a value, sense and quality, if it is the first, the prototype. The latter theory triggers a logical short-circuit because a piece designed to be reproduced is effectively appraised for its uniqueness. The relationship between original works, copies/fakes and re-makes, between what is authentic, false and imitation is a very delicate one, according to the architect Alessandro Mendini, particularly interesting “because the imitation game is one of the great realities of today’s world” For Mendini, re-makes of furniture are imitations, not fakes, in the sense that they imply an authenticity leap, they lose their authenticity and turn into something different. So what does it mean to intervene on materials and techniques? Does it mean ‘tweaking’ the original design? Have we the right to do this? Should we stop producing such items? These are issues that have been taxing Carlo Guglielmi, Chairman of Cosmit and of INDICAM (an institute engaged in fighting forgery) for years.”Reactions are frequently quite drastic, preventing the sale of re-makes of designer pieces that have every right to stay in the market place.

The companies that have always produced these items and have the right to do so, having reached an agreement with the designer or with those entitled, can in some way modify the work if their intervention respects the original idea, the sense and the vision of whoever designed the object concludes Gugliemi. Salvatore Licitra, Gio Ponti’s heir and manager of the Gio Ponti archives, resists taking a “hard line” against re-makes

“It is wrong to oppose them. In the case of Ponti, as Italians and as Milanese, we have a heritage that needs to be highlighted and a store that is partly unexplored, consisting of a huge number of forgotten works. Re-making pieces that were never actually manufactured, because Ponti designed much more than could ever be produced, or re-making forgotten items, offers us the chance to understand the man, his work and a key moment in Italian architecture”. But why has Molteni&C chosen Gio Ponti for a re-make project? Maybe, as the architect Fulvio Irace maintains, summarizing Ponti’s statement, “art fell in love with industry”, because “industry fell in love with Gio Ponti”.

“This re-make of pieces by Gio Ponti”, affirms Raggi, “this investment on the part of a company in commemorating a great master of Italian architecture is also a reflection on the fact that innovation should not mean being compelled to continually repeat because you have no reasons for innovating”. Fulvio Irace believes that there is another aspect that is focusing attention on Ponti today, “that is his tireless energy and his optimism about the future, based on his combination of skills, on a technical or polytechnical culture of getting things done, which translated into the idea that to be good, every fantasy also has to be realizable”. The versatility of Ponti’s work and figure, his ability to mix very disparate fields, via a sort of ecumenicalism of the arts”, according to Raggi’s definition, enabled Ponti to bring the “question of happiness into the home like a form of utopia fulfilled” and to obtain works that communicate an idea of modernity via the trade, making objects and placing them in relation to each other. “For Ponti the artist is an architect, an urban planner, a craftsman, it is he who builds the cultural heritage of the future”, says Irace. “It is the idea not of a heritage frozen in the past, but of a heritage handed down to us and that we have the duty to build on, like a family estate. The rationale, on the other hand, is similar to that of the industrialists who pass the family firm down from father to son with the expectation that the new generations will bring constant innovation without getting mired in the past”. —

Oct 2022 · Catharine Rossi ·  online exclusive
A Table for the Holidays

An article exploring guest culture and conviviality, and the history of these topics within 20th and 21st century design.

Aldo Rossi. Design 1960-1997 at Milan’s Museo del Novecento brings together, for the first time, a collection of furniture and objects designed and produced by Rossi from 1960 to 1997.

Italian architect and designer Aldo Rossi had a passion for what he saw as the small constructions that fill our homes.